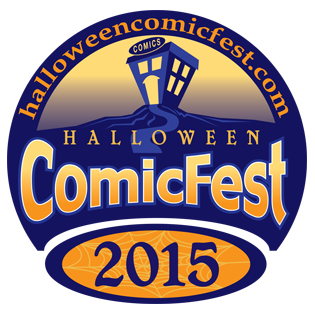 Straight from the pages of Zombie Tramp and now the star of her own series, Action Lab's Danger Zone presents Vampblade! Get a sneak peek at this new series before it launches in 2016 with the Halloween ComicFest special issue! She's a comic slinger by day and an inter-dimensional monster slayer by night... or whenever they feel like attacking (monsters have no regard for work hours).

Jason Martin: Well, aside from truly loving the story I’m building with this concept, hands down, it has to be my main artist on the title, Winston Young (Zombie Tramp, Zombie Tramp VS Vampblade). The man can flat out draw. Not only does he have a mastery of perspective, and ability for detail, but it’s all filtered through an amazing knack for storytelling and style. He truly brings Vampblade and her world to exciting and engrossing life! And when telling a story that traffics in both the real world, as well as the fantastic, but can also be at times gory and just crazy, you need an artist that can handle all of that.

Hopefully people will be rightfully impressed when they see his Halloween ComicFest pages.

Jason Martin: I just spoke about our insanely cool artist in the last question, so here I’ll speak to the story a bit. Vampblade on the surface may seem like a potentially derivative “bad girl” book, and while it is to an extent, it’s also much more than that. I love pop culture and comics, I’m a junkie, and kinda like Tarantino does in film, I like to build new things from the bones of all the coolest stuff I see. So while Vampblade was born from a literal 90s bad girl mash-up design, I just worked that into her story. So when she wields these supposed prop blades from an 90s indie comic, they actually transform her into that forgotten character, who happens to be crazy, sexy, and powerful, and allow her the ability to use them to destroy other-dimensional parasites secretly feeding on humanity. So, comic book shop employee/geek by day, badass cosplayer/slayer by night!

Halloween ComicFest: Tell HCF fans why they should pick up your comic first during the event.

Jason Martin: If its anything like the Free Comic Book day book we at Action Lab: Danger Zone did last year, it will be one of the most sought after. Since it’s a mature readers book, it will be quite different from the majority of the other ComicFest offerings, and fans looking for something a bit cooler will possibly gravitate towards it. So act fast!

Halloween ComicFest: What are your favorite Halloween, Monster or Horror-themed comics?

Jason Martin: I’m a big horror and genre fan, but first and foremost I have to mention Zombie Tramp. Not only do I co-write and color that book, but Vampblade launched from the pages of that title, and shares a similar appeal. Plus, it’s a really fun book, and I was a big fan before I started working on it. I also did a horror-themed book previously, called Night of the 80s Undead, with artist Bill McKay, and I’m kind of partial to that! So yes, fans of horror, Halloween, and monsters will have no shortage of craziness to love in the pages of Vampblade. She dresses up and fights other dimensional monsters, a.k.a. “space vampires!"

Halloween ComicFest: What other titles would you associate with your HCF book? “If a comic readers likes___, they should pick up my HCF Title?”

Jason Martin: Vampblade has a similar setup to some beloved cult classics: one, Rom Spaceknight, a comic, and the other, They Live, a John Carpenter film. Both of those feature a protagonist that can see deadly threats to humanity all around them, via some device, that otherwise go unseen, and both left a lasting impression on pop culture. Vampblade looks to play with similar themes in the 21st century landscape.

Outside of that, a good example of a current comic whose fanbase may like Vampblade would be Harley Quinn.

Click the images below to view larger. Be sure to also check out the
Vampblade Facebook Page and Action Lab: Danger Zone Tumblr for more info!