In this week's list, for books coming out 8/7/19, there is something spooky for everyone: The Walking Dead rests in peace with the final trade paperback in shops, the Daily Planet has become a beacon of hope for the living as the Anti-Life Equation sweeps the planet in DCeased, and more! 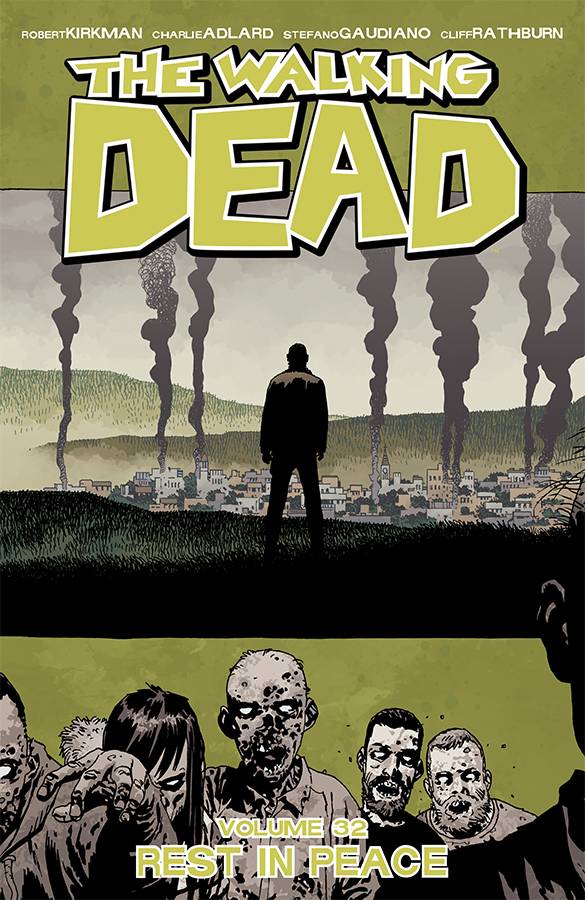 JUN190045
(W) Robert Kirkman (A) Stefano Gaudiano, Cliff Rathburn (CA) Dave Stewart (A/CA) Charlie Adlard
The New York Times bestselling, Eisner Award winning THE WALKING DEAD series takes readers on the harrowing journey of Rick Grimes: a small town sheriff's deputy who slipped into a coma and awoke in an apocalyptic landscape where the undead have risen and prey on the living. Character drama, suspense, and dystopian survival horror collide in this pop culture phenomenon by Robert Kirkman (Super Dinosaur, Oblivion Song, Invincible) and Charlie Adlard upon which the hit AMC television series is based.

The conflict in the Commonwealth hits a fever pitch... could this be the end of civilization as we've come to know it? After sixteen years and millions of copies sold globally, nothing can prepare fans for the exciting, emotional conclusion in this final volume, REST IN PEACE. Collects THE WALKING DEAD #187-193.
In Shops: Aug 07, 2019
SRP: $16.99
PREVIEWS Page #59
DCEASED #4 (OF 6)
DC COMICS 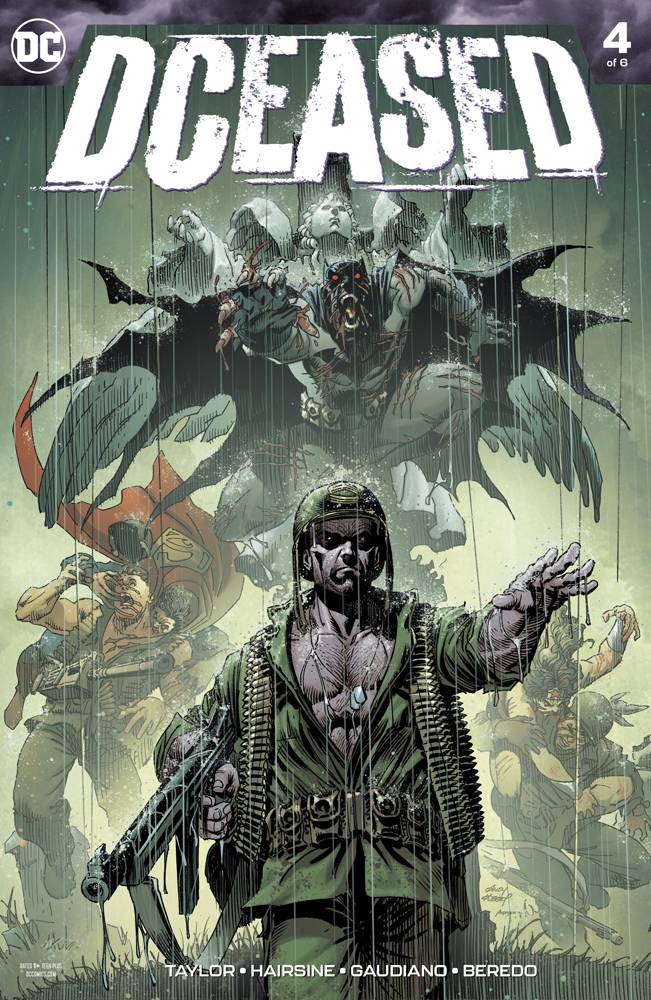 JUN190489
(W) Tom Taylor (A) Trevor Hairsine, Stefano Guadiano (CA) Andy Kubert
The Daily Planet has become a beacon of hope for the living as the Anti-Life Equation sweeps the planet. What's left of the Justice League have begun to gather there, bringing survivors and family alike. But the city is being overrun with infected humans...and superhumans! The war for Metropolis begins!
In Shops: Aug 07, 2019
SRP: $3.99
DC PREVIEWS Page #29 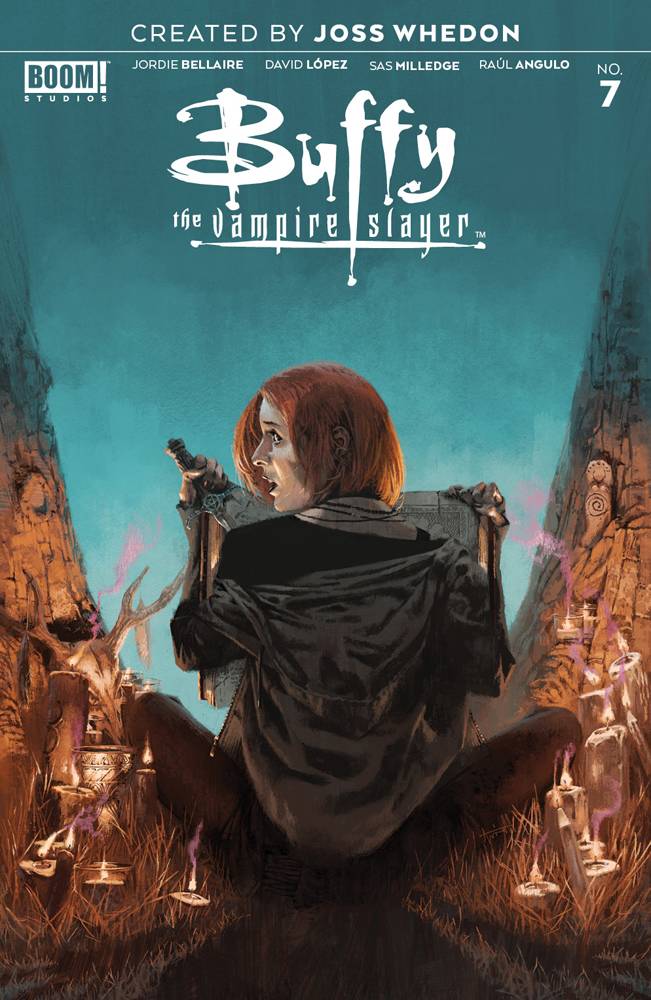 JUN191267
(W) Jordie Bellaire (A) David Lopez, Sas Milledge (CA) Marc Aspinall
With time and options running out quickly, Buffy must turn to the new face in Sunnydale, someone she doesn't fully trust - ANGEL! If you're expecting sparks to fly, you're probably guessing wrong... but fists and stakes just might!
In Shops: Aug 07, 2019
SRP: $3.99
PREVIEWS Page #215 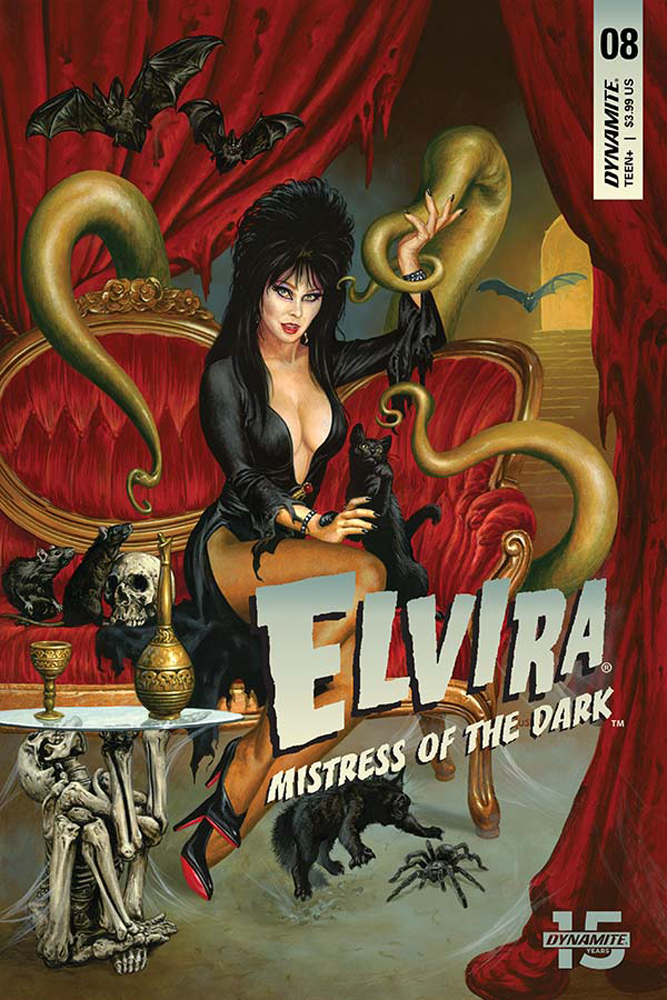 DEC181156
(W) David Avallone (A) Dave Acosta (CA) Joe Jusko
Elvira's comes face to face with Satan himself, as her odyssey through the underworld reaches its thrilling and ridiculous conclusion.  Will she escape the ninth circle of Hell, or end up the Horror Hostess of the Damned for all Eternity? David Avallone (Bettie Page) and Dave Acosta (Twelve Devils Dancing) bring you the hottest lady in Hades, in the next thrilling issue of ELVIRA: MISTRESS OF THE DARK.
In Shops: Aug 07, 2019
SRP: $3.99
PREVIEWS Page #178 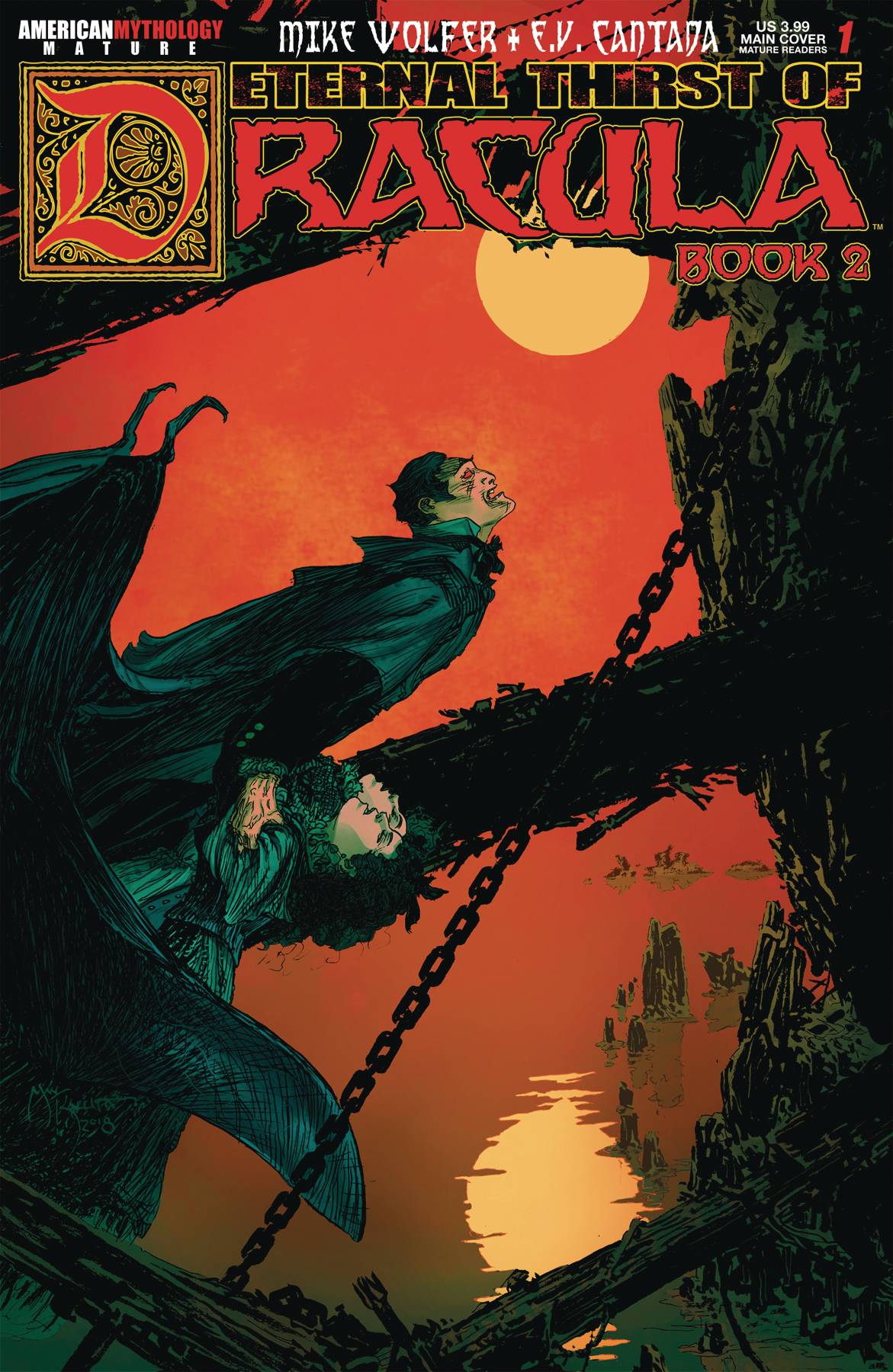 JUN191415
(W) Mike Wolfer (A) Elmer Cantada (CA) Mike Kalvoda
The indie horror event of 2018 returns with a brand-new chapter featuring a cover by the legendary comics artist Michael (I...Vampire) Kaluta! Return to 1970's grindhouse horror as Van Hauser and Kandy Brick come to terms with the truth... That Count Dracula is real, and he has his sights set on them! Following the horrific confrontation on Dracula's Philippine Islands sanctuary, the king of the vampires desperately searches for a way to halt the threat of the "tainted ones," and that means uncovering the original journals of Abraham Van Helsing, now in the possession of Van Helsing's great, great, grandson, "B" horror movie star, Van Hauser! This is horror the way it was meant to be! Eternal Thirst of Dracula is available with two covers- Main by Michael Kaluta and Brides Nude by Jomar Bulda.
In Shops: Aug 07, 2019
SRP: $3.99
PREVIEWS Page #267