In this week's list, for books coming out 9/11/19, there is something bone-chilling or everyone: Find out if Frankenstein and other creatures can save humanity before the entire cosmos collapses in Gotham City Monsters, the Allan family keeps their monster hunter business going in The October Faction, stumble upon a new tale of horror in stumbled upon in Beware the Witch's Shadow, and more! 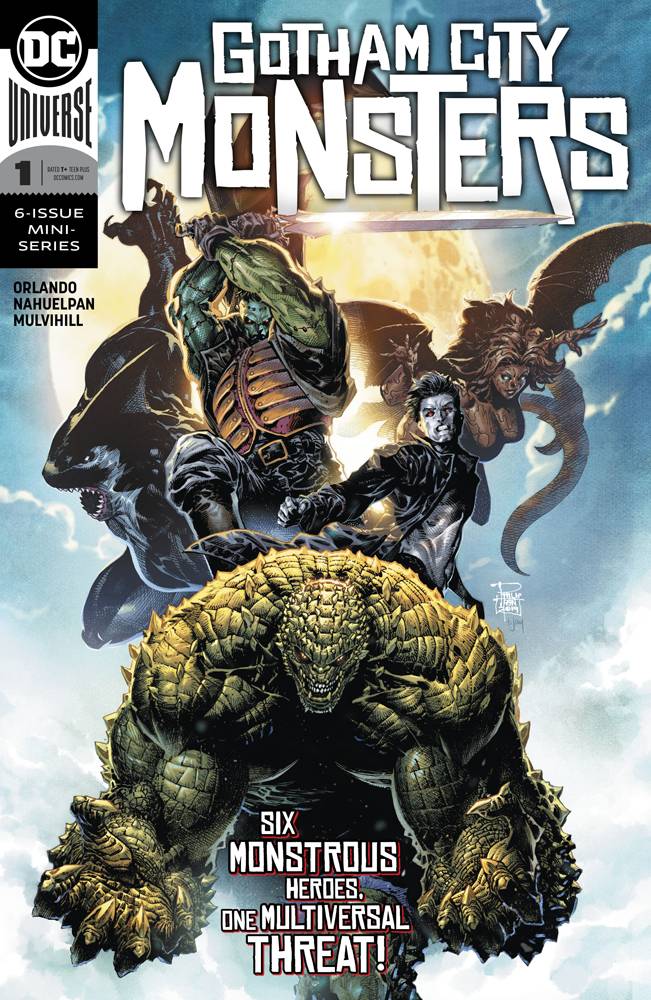 JUL190522
(W) Steve Orlando (A) Amancay Nahuelpan (CA) Philip Tan
Leviathan has dismantled S.H.A.D.E.-and that means Frankenstein is once again a free agent! Now he can set his sights on his former mentor, Melmoth, the one evil that got away. With bad things happening all across the Multiverse, this may be Frankenstein's last shot at setting things right. Of course, Melmoth has his own agenda, and it's going to take more than a lone monster to take him down. So Frankenstein heads to Gotham City in search of allies and recruits Killer Croc, Lady Clayface, Orca and vampire Andrew Bennett. But will even these dread creatures be enough to save humanity before the entire cosmos collapses in on itself?
In Shops: Sep 11, 2019
SRP: $3.99
DC PREVIEWS Page #18 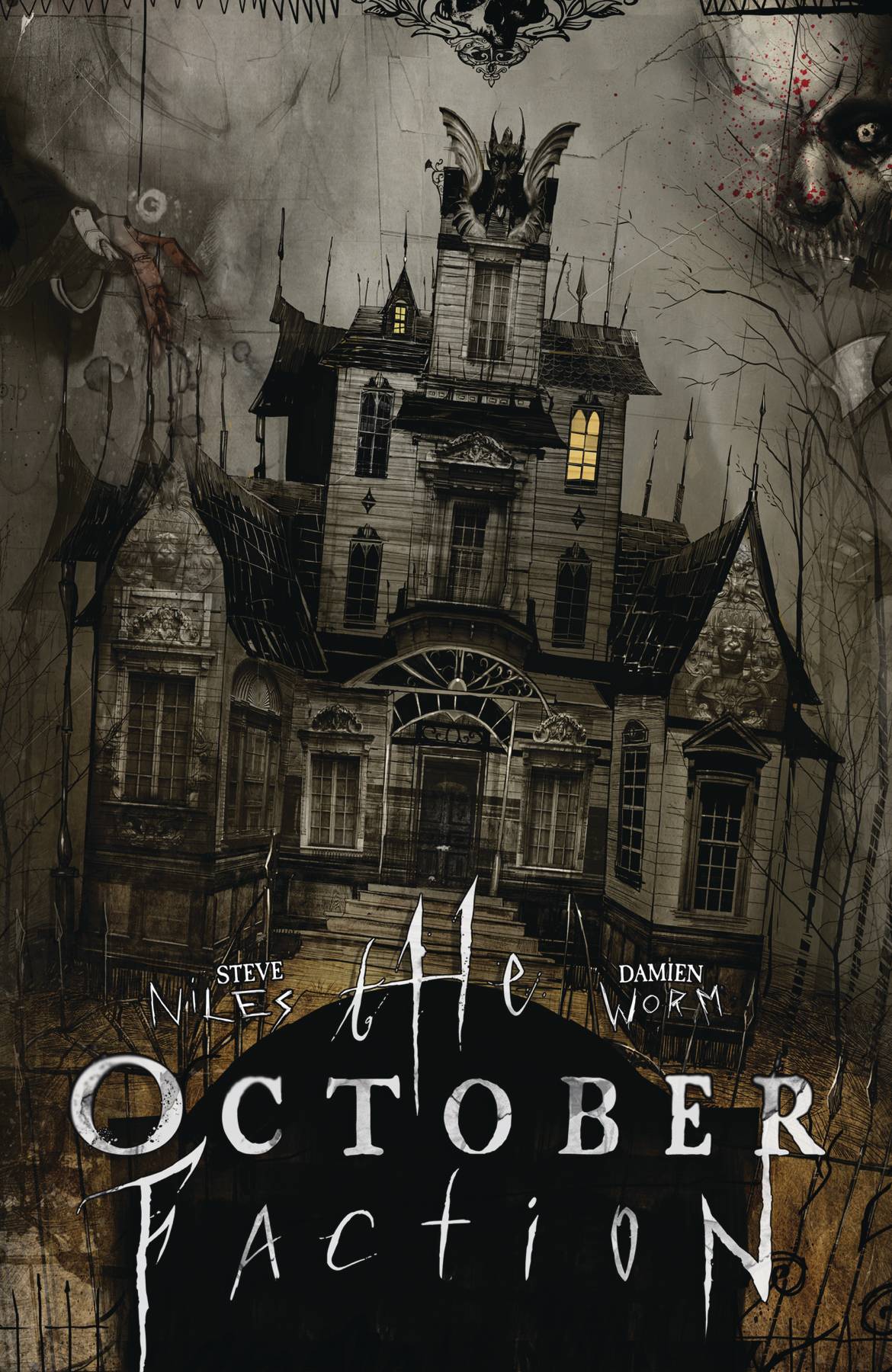 MAY190656
(W) Steve Niles (A/CA) Damien Worm
Advance solicited for September release! Meet the Allan family-retired monster hunter Fredrick, his wife Deloris, and their two children Geoff and Vivian- in this tale about the typical challenges that a very atypical family encounters while fending off the attacks of vampires, werewolves, demons, and more. As Fredrick works to put his monster hunting days behind him, his two kids insist on joining the family business. But ghosts from the past refuse to stay dead and conspiring foes lurk in the shadows leading to a massive showdown with foes supernatural and natural alike! Collects the first 12 issues of the comic book series soon to be a Netflix show.
In Shops: Sep 11, 2019
SRP: $29.99
PREVIEWS Page #167 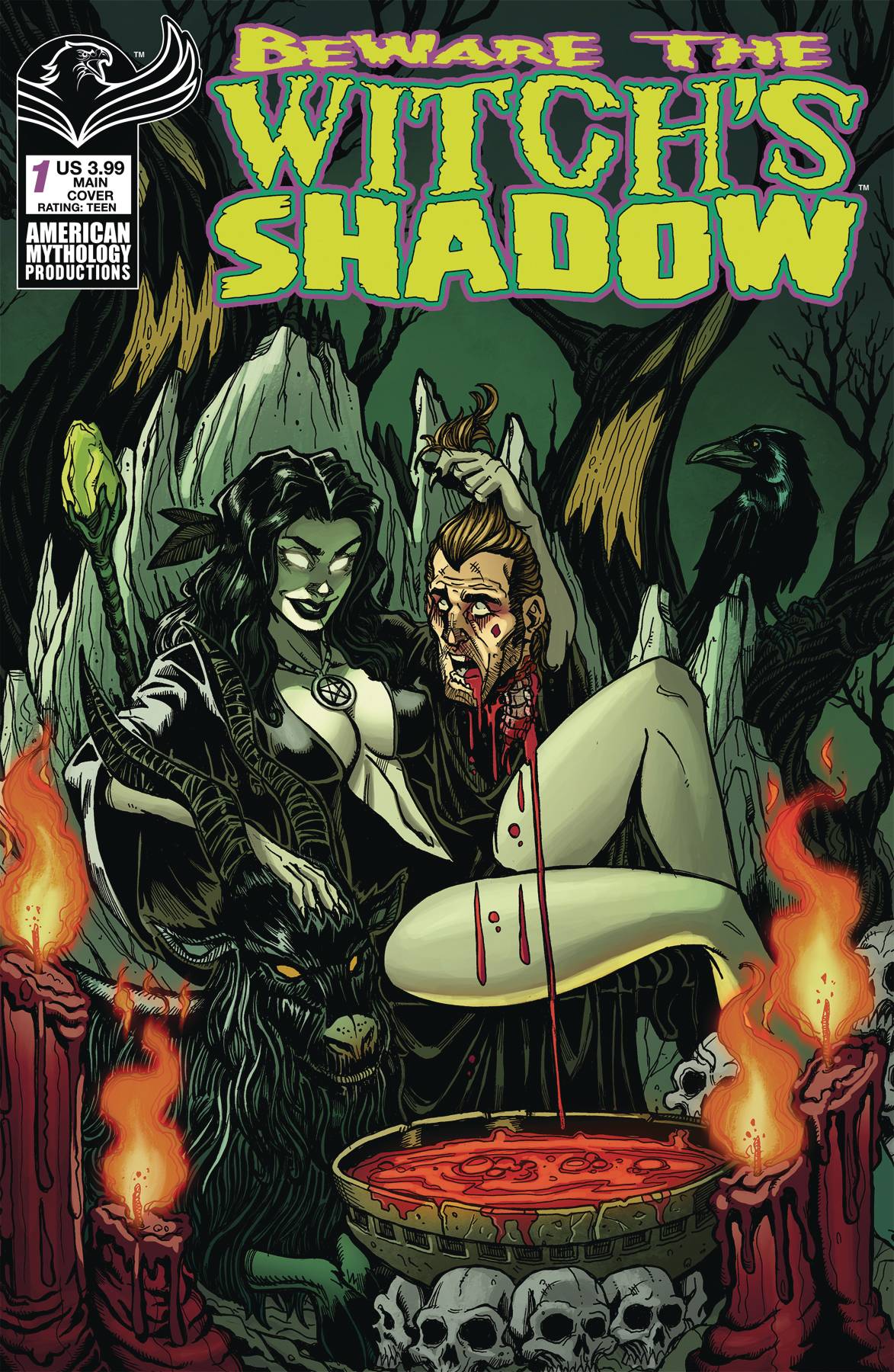 MAY191376
(W) Jason Pell, S.A. Check, James Kuhoric (A) Rich Bonk, Eliseu Zeu Gouveia, Neil Vokes (CA) Puis Calzada
Is the hair on the back of your neck standing up? Do you feel like someone just walked over your grave? That's not paranoia, it's the tales of horror you've stumbled upon in Beware the Witch's Shadow! There's a witch that lives deep in the woods, feeding upon those foolish enough to disturb her machinations. These are her tales told as the life drains from her victims. In this issue Jason Pell and Richard Bonk deliver a story to chill your bones in "Snow Day," novelist SA Check and Zeu Gouveia deliver "Snips and Snails," a tale of growing up with monsters, and the witch reaches into the vault with a special "Wicked West" tale by James Kuhoric and Neil Vokes. Enjoy classic horror the way it was meant to be in Beware the Witch's Shadow! Bweare the Witch's Shadow #1 is available with three covers: Main by Puis Calzada, Creepy by Richard Bonk, and a Risqué Cover also by Calzada.
In Shops: Sep 11, 2019
SRP: $3.99
PREVIEWS Page #276
DEADLY TEN PRESENTS BLADE THE IRON CROSS CVR A HACK (MR)
FULL MOON FEATURES 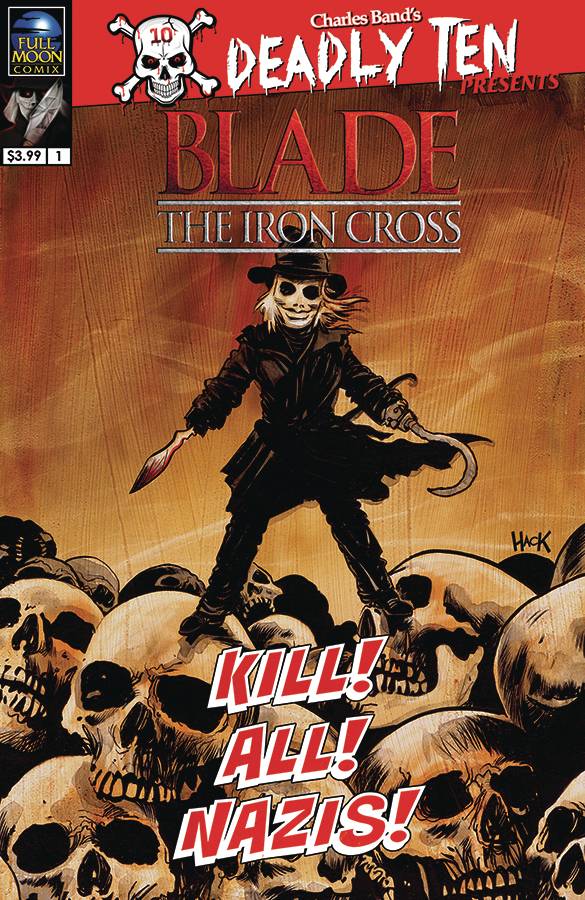 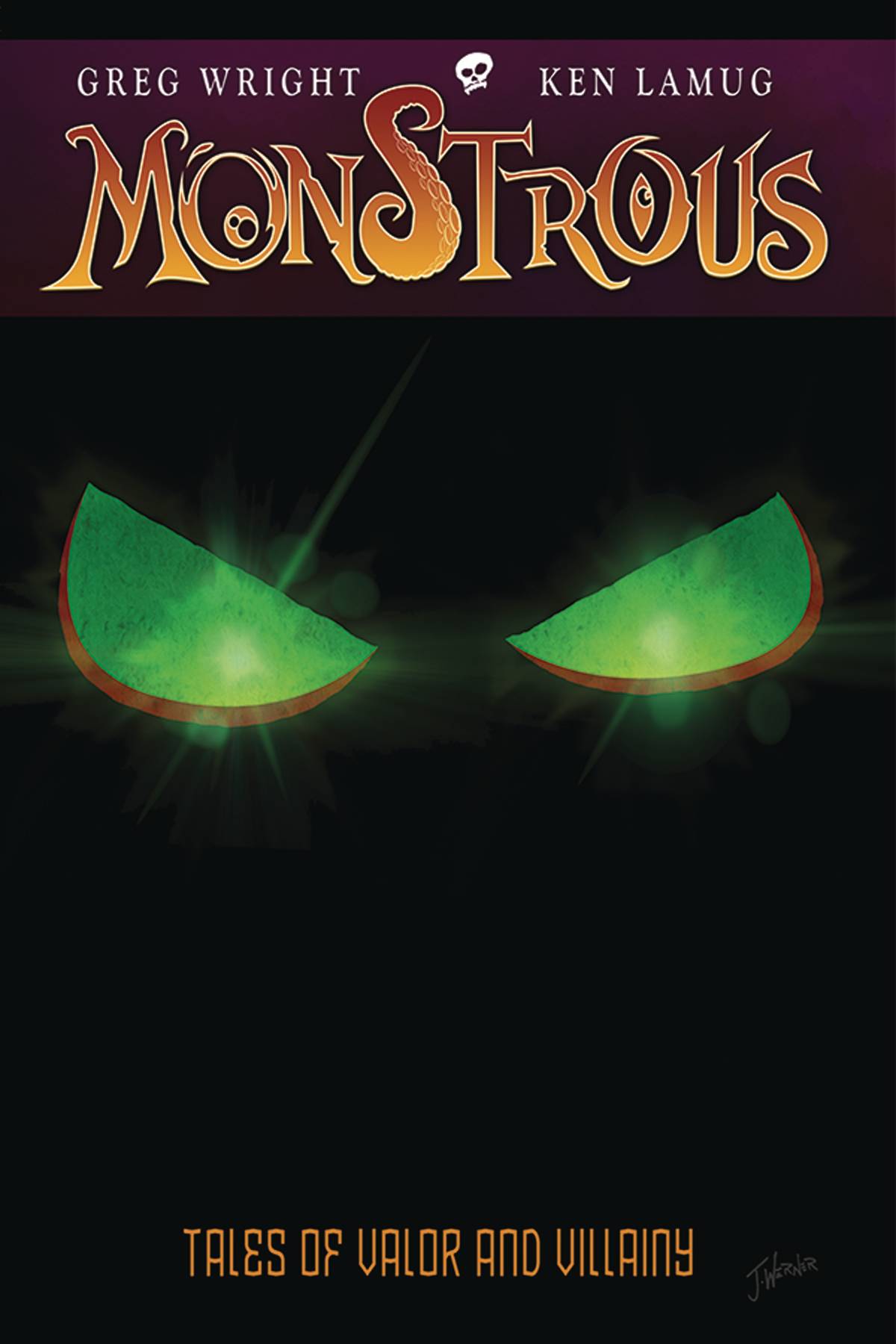 JUL192193
(W) Gregory Wright (A) Ken Lamug
When Dr. Frankenstein's creature was not the life he'd hoped to construct, he turned his efforts toward robots, artificial men who would obey orders. The creature sought out Frankenstein's secrets of life and death to manufacture more monsters like himself, but he could not control his creations any more than his creator could. Thus began an Era of Monsters! Now a battle for control sweeps across the land. Collects the complete first 4-issue mini-series.
In Shops: Sep 11, 2019
SRP: $14.99
PREVIEWS Page #398