For titles coming out 12/18/2019, there's definitely something scary to read for everyone: June Branch has an ancient Viking axe with mystical properties and a severed head in a basket that won't shut up in Basketful of Heads, Jerri Bartman seeks help from the legendary Vincent Frights in Count Crowley, and more! 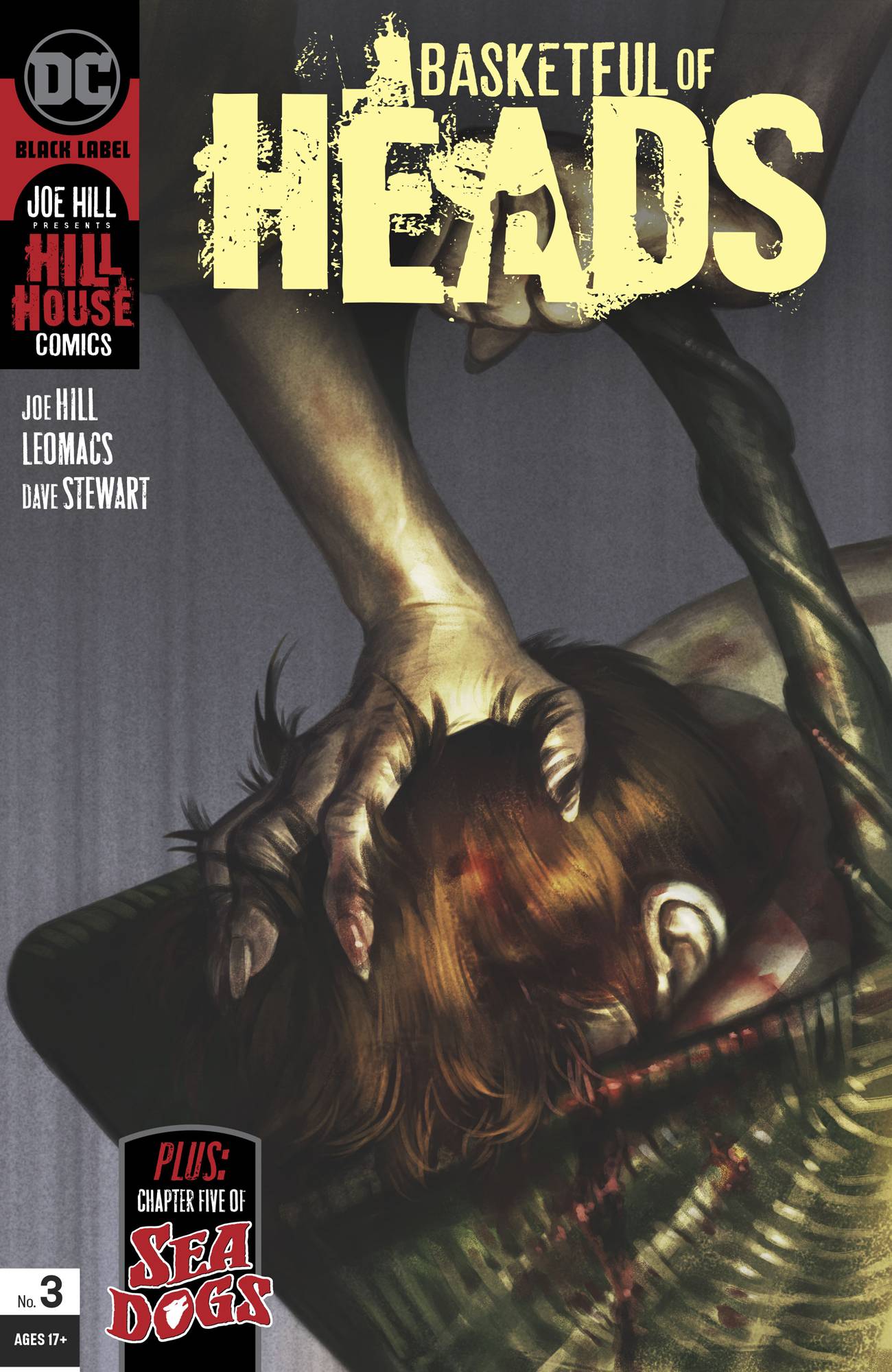 OCT190593
(W) Joe Hill (A) Leomacs, Dan McDaid (CA) Reiko Murakami
Basketful of Heads continues as a seven-issue miniseries! June Branch has been hunted, haunted, and desperate; she's got an ancient Viking axe with mystical properties and a severed head in a basket that won't shut up. If she can't make her traveling companion be quiet, maybe she can get some answers out of him...answers that might spell the difference between life and death. But getting him to talk is one thing, and getting the truth out of him is another. He's a decapitated devil who'd like nothing more than to lead June astray-and with three other killers out to finish her off, so she has no room for error. The comic with the sharpest edge in horror returns for another swing of the axe!
In Shops: Dec 18, 2019
SRP: $3.99
DC PREVIEWS Page #67 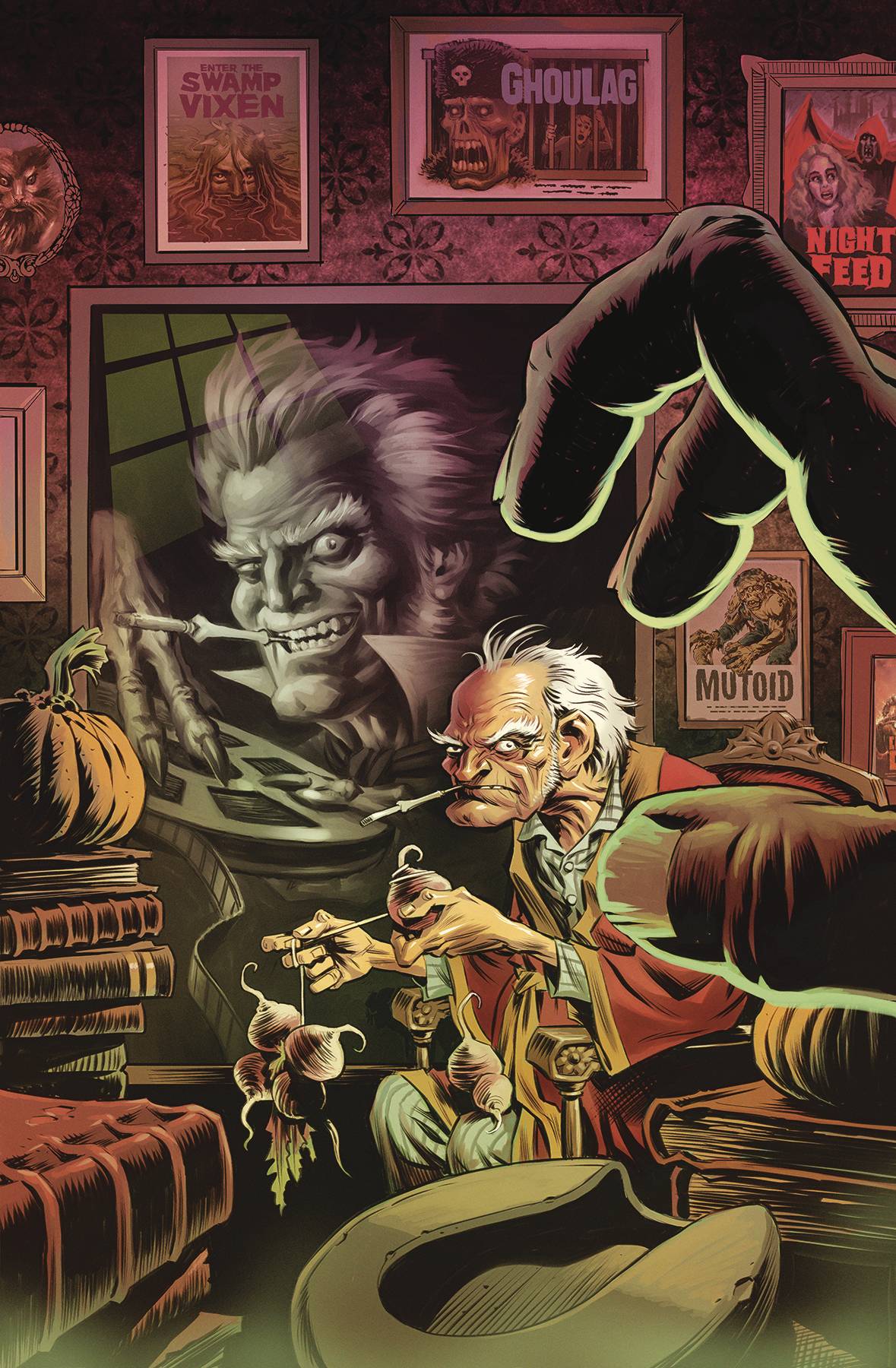 OCT190348
(W) David Dastmalchian (A/CA) Lukas Ketner
Simon Church is fading fast in the city above and Molly is held captive by Dr. Cocteau's gas-men below, but something stirs in the tunnels. How much of the golem is still in the man, or the man in the golem? And can either be enough to stop Dr. Cocteau once he has the artifact he seeks?

The end of the adaptation of Mike Mignola and Christopher Golden's hit novel is collected for the first time in this hardcover edition. It features art by series veteran Peter Bergting (The Untamed) and colors by Michelle Madsen (Witchfinder, Crimson Lotus). Collects The Conjurors #1-#4. OCT191150
(W) Christopher Priest (A) Ergun Gunduz (CA) Stanley Lau
Seduction of The Innocent Book Six: Vampirella's love life becomes a major impediment to her mission as obsessed suitors both past and present attempt to manipulate her into furthering their goals. Meanwhile, the Blood Red Queen of Hearts teaches the newly resurrected Mistress Nyx a painful lesson. Anything that can happen...does!
In Shops: Dec 18, 2019
SRP: $3.99
PREVIEWS Page #178 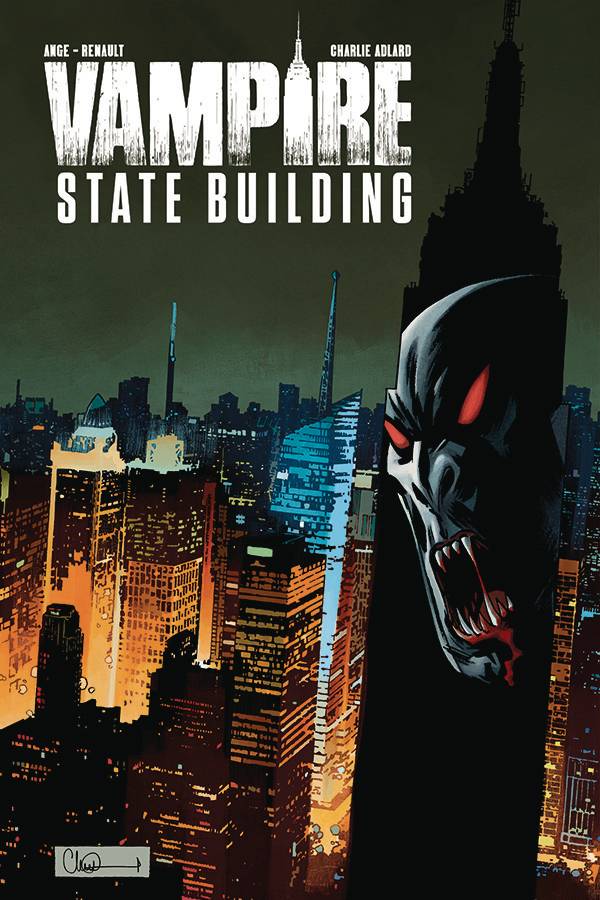 SEP191323
(W) Ange, Patrick Renault (A/CA) Charlie Adlard
The bloodbath in the world's most famous skyscraper continues! Legions of vampires have taken control of the Empire State Building and their victims have now been reanimated and joined their ranks. Outside, police and army are doing their best to contain the menace in the building and to destroy any creature who would try to invade New York City. But Mary and Terry are still somewhere in the floors and they have only a short time left to try to escape and, maybe, to survive.
In Shops: Dec 18, 2019
SRP: $3.99
PREVIEWS Page #232
ANGEL #8 CVR A MAIN PANOSIAN
BOOM! STUDIOS 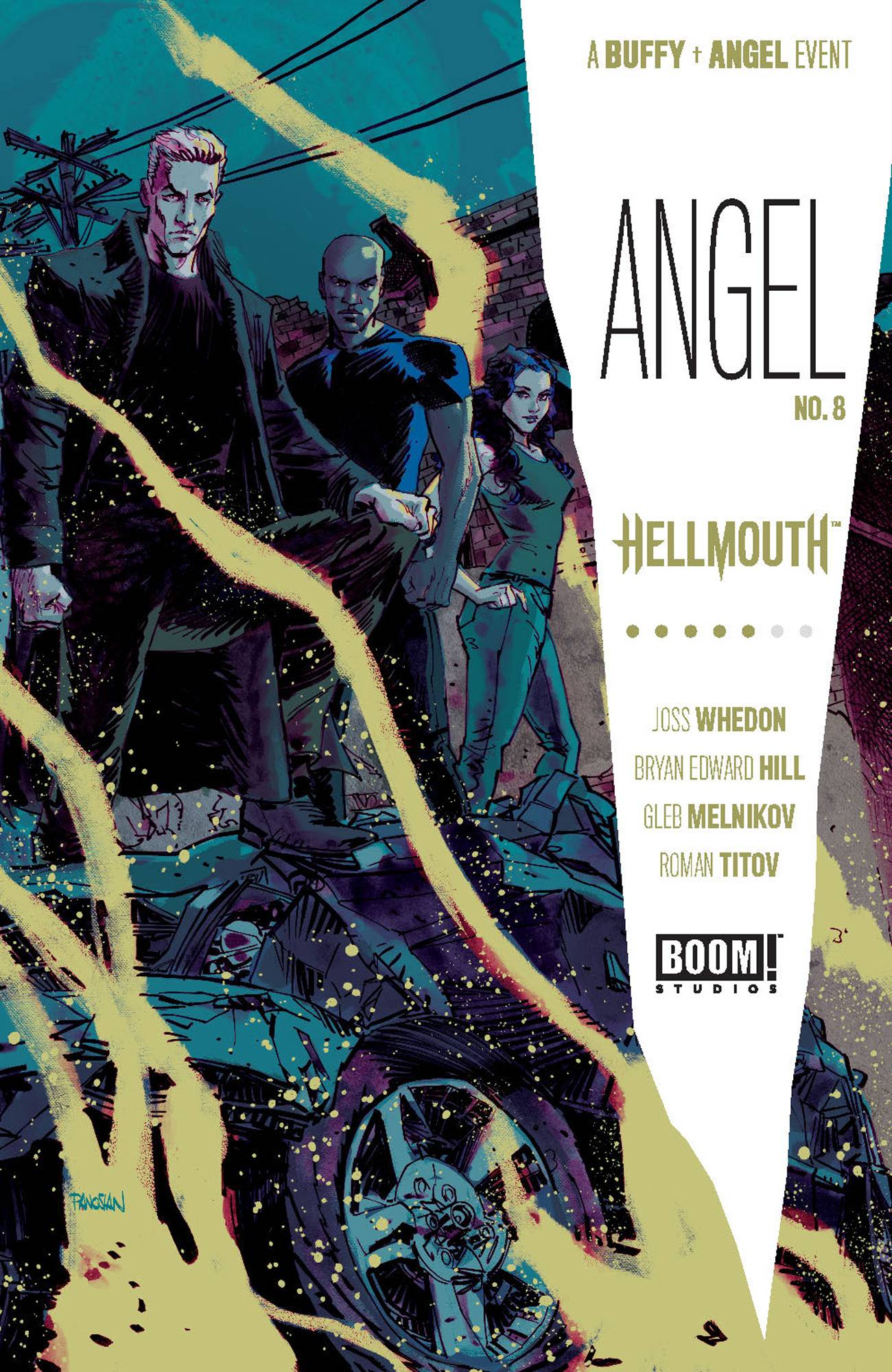 OCT191399
(W) Bryan Edward Hill (A) Gleb Melnikov (CA) Dan Panosian
A HELLMOUTH TIE-IN! Back in Los Angeles, TEAM SPIKE - Spike, Fred & Gunn -  is doing their best to stem the tide of evil that Hellmouth has unleashed, but the city is being overwhelmed. But to save their city, Fred must decide whether to fight off the darkness inside her... or embrace it.
In Shops: Dec 18, 2019
SRP: $3.99
PREVIEWS Page #222