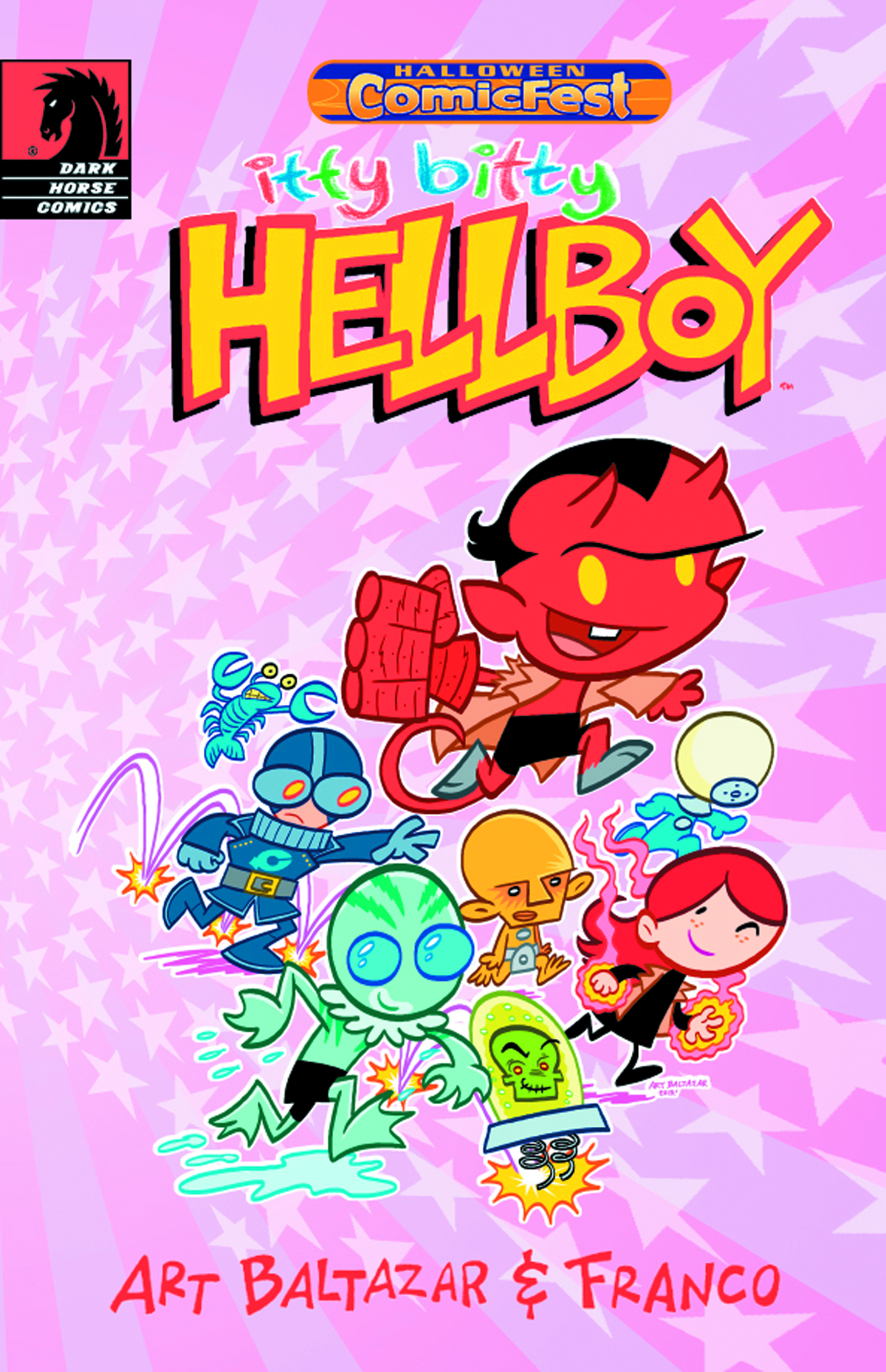 AUG130036
A ghost named Rasputin has been spotted! And Hellboy and the B.P.R.D. are going to find out what he's up to. Who is Hellboy anyway? Why does he have such a big hand and what is it used for? Who's weirder, him or his friends? What is the B.P.R.D.? And what does chicken soup have to do with all of it? This and more are answered in the debut issue, where BIG things happen to itty bitty Hellboy! A new kids' comic by the creators of Tiny Titans, Superman Family Adventures, and Aw Yeah Comics!
20 mini-comics per bundle; sold at $4.99 per bundle. Available individually for FREE at participating comic shops during Halloween ComicFest 2013.
In Shops: Oct 09, 2013
SRP: PI