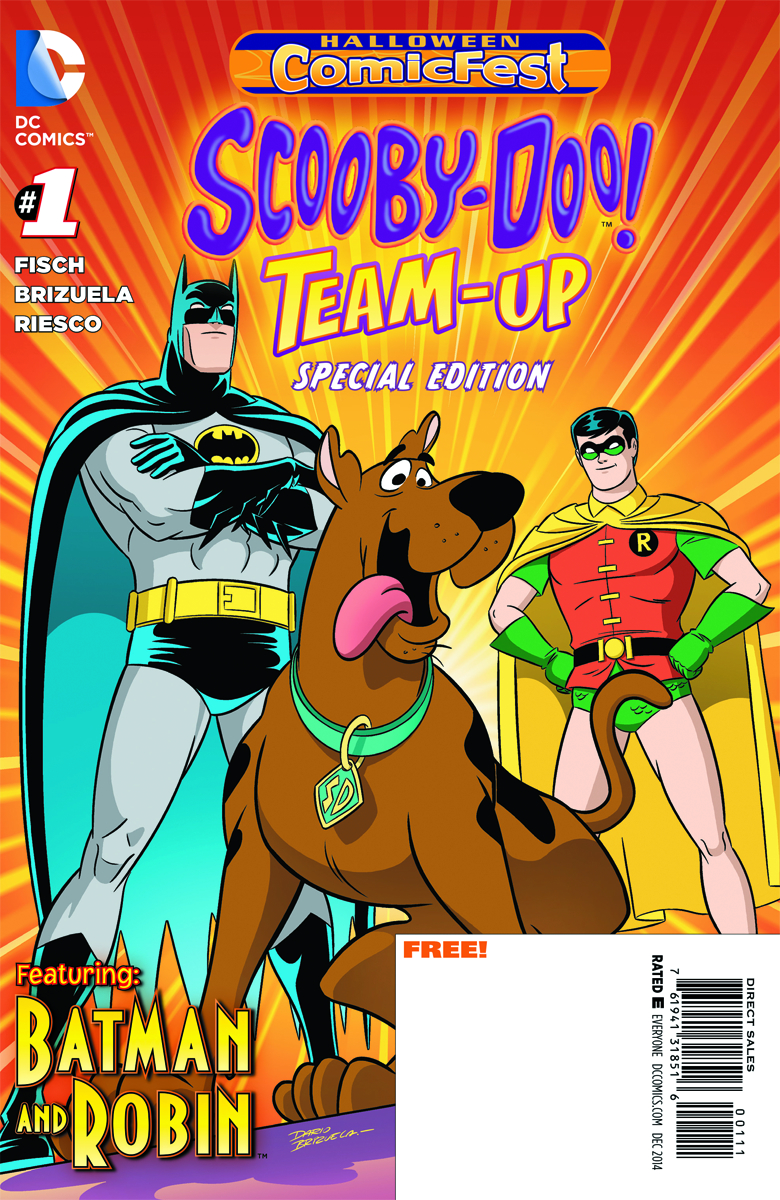 JUL140030
(W) Sholly Fisch (A/CA) Dario Brizuela
Just in time for Halloween, fans of all ages can get this FREE special edition of the first issue of the fan-favorite, all-ages series that features teams-up with the Scooby-Doo gang and the greatest heroes of the DC Comics Universe! Rumors of a giant bat-creature bring Scooby and the gang on the run - but Batman and Robin are already on the trail of their old foe, the monstrous Man-Bat. Before long, the crooks behind a fake bat-creature will come face-to-face with the real thing... with the good guys caught in the middle!
Available for FREE* from most comic shops on Halloween ComicFest, October 25th.
(*Check with your local retailer on rules and availability.)
In Shops on Halloween ComicFest!